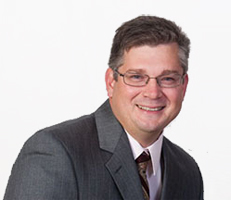 Jason proudly served four years in the United States Navy. He spent three and half years onboard the USS Samuel B. Roberts FFG 58. While assigned to the Roberts, Jason was deployed to the Middle East during Operation Desert Storm and participated in the liberation of Kuwait. Jason is honored to be a Veteran of Foreign War.

After his Honorable discharge from the Navy, Jason immediately began his university education. He graduated from the University of Connecticut with a Bachelor’s of Science in Civil Engineering. Jason went on to join the team at Roald Haestad, Inc. and then onto Lenard Engineering, Inc. These positions helped Jason gain significant experience in designing projects as well as overseeing the completion of many projects. They also provided an enhanced knowledge and understanding of field work necessary to successfully design civil engineering projects. While working with those firms, Jason’s responsibilities included designing some of the large infrastructure projects that the firms handled. Projects of note include dam rehabilitation, modification, and reconstruction design; design of sewer mains and sewer pump stations, water distribution facilities, bridge design, ponds, subdivisions, residential and commercial site development, stream channel modifications and stabilization, subsurface sewage disposal systems, and residential engineering.

In private practice since 2005, Jason has designed and supervised construction of many projects. Jason works closely with his client and any other contractors involved, helping to ensure the engineering aspect of each project is completed to high quality standards. He wants each client to have a positive experience during the process and does so by keeping an open line of communication from start to finish.